My Dance With SVT – Part One 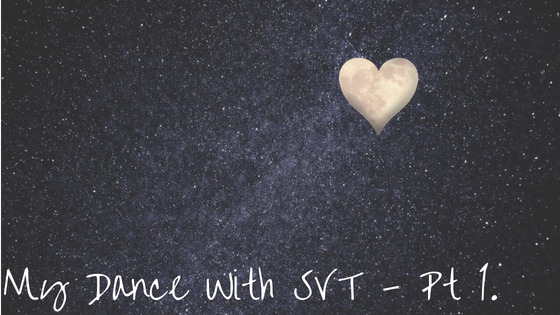 My dance with supraventricular tachycardia or SVT began at the end of 2015, when I had my first episode whilst sitting on the couch one night with my hubby. To say I was petrified is an understatement. It felt like my heart stopped completely for what felt like forever, and then it started racing incredibly fast. The rapid drop in blood pressure caused me to blackout momentarily, and on the way to the hospital I continued to go through waves of consciousness.

It was horrifying, and I was honestly convinced that I was going to die.

I had no idea what was wrong, and I experienced my first ever panic attack on the way to the emergency department (which only added to my fear). The doctors in the ER did not know what had happened either, as my heart rate had returned to around 120bpm once I was hooked up in a bed to their monitors. It stayed above 100 the whole night, and I was pretty scared to go home the next morning with a referral to a cardiologist.

The first cardiologist I saw ran some tests and told me that my heart was all OK; that it was just anxiety causing all of it. I knew that this wasn’t true, as I hadn’t experienced anxiety before this all began. At my GP’s request, he ran more tests over the next 3-4 months.

This wasn’t an easy 3-4 months. I was becoming increasingly anxious, worried every day that I was going to drop dead in front of my children and leave them alone in this world without their mum. I didn’t have a diagnosis, and nobody could tell me if I was safe or not, which only fed my fear and anxiety more.

Eventually whilst wearing a 7-day monitor, they captured a run of SVT at 177bpm – which led to my diagnosis. My heart was regularly racing up to 200bpm, which was debilitating for me. Even in my sleep, the monitors were recording a heart rate of 160bpm. It was a vicious cycle for me, because my heart condition was triggered by adrenaline, and anxiety creates adrenaline. So, I was anxious about getting an episode – which only increased my episodes ☹

My cardiologist put me on medication called beta blockers, which were supposed to control my heart rate and suppress any arrhythmia. However, unfortunately they didn’t work for me, I was still experiencing my symptoms as well as the awful side effects of the medication. My BP dropped, and I was so dizzy and tired all the time that I lost my appetite and felt sick every day. After consulting with my GP, I went off these tablets and opted to manage on my own. By this time, I had learnt a few methods to convert out of SVT myself by bearing down hard or splashing my face with ice cold water. But if my episodes went for longer than 20min then I had to go into the hospital.

It was at this point that I changed cardiologists and began seeing a new team of doctors who were more experienced in treating SVT in younger patients. This was an amazing decision, as right away I began receiving the accurate information and reassurance that I needed all along. The problem was that the damage had already been done, and my nervous system was in overdrive 24/7.

No matter how many times the doctors told me that I was not in any immediate danger, I panicked every time I felt a bump or thump in my chest.

My new cardiac team referred me to an electrophysiologist from Melbourne who booked me in for a procedure called a cardiac ablation, which locates the rogue cells or pathways that are causing the arrhythmia, and sends a heated electrical pulse destroying the problem area. They enter the heart using 3-4 catheters through the arteries starting at the groin. He was fairly confident he could fix me up and I was so excited at the prospect of getting my life back again.

The procedure went OK, but it turned out that my arrhythmia was caused by an extra pathway called atrioventricular nodal reentry tachycardia (AVNRT). This meant that I had been born with this condition, but it had only recently activated (which I was told is very common).

It was amazing to finally have an exact diagnosis, but my AVNRT was extremely close to my natural pacemaker and they were literally working with 2mm. If they bumped the node whilst burning, and it was significantly damaged, then it was not reversible, and they would have to install a pacemaker, which was something both of us did not want to happen!!!

My EP did the best he could, and I was told that it would be a ‘wait and see’ scenario as to whether he was able to do enough to correct the arrhythmia. This was in July 2016, and by September my SVT was back with a vengeance.

I saw my EP again and we waited the 3-month blanking period to try a second ablation. This time it was necessary for him to use cryoablation, which is relatively the same procedure, except uses cold instead of heat which made it safer if the sinus node was bumped.

So, in December I had my second ablation, which went well, and my EP was pretty confident that it was a success. For whatever reason this surgery, (probably because I had had one only a few months before), took a larger toll on my body and my recovery was slower than the first. And unfortunately, within 2 weeks of the second procedure, my heart rhythm started playing up pretty badly, and I was experiencing up to 25,000 Premature Ventricular Contractions (PVCs) per day. These felt like constant skips and hard thumps in my chest and throat.

The PVCs made me so lightheaded and weak, as my heart wasn’t able to beat efficiently with all the extra electrical interference. My EP tried putting me on an anti-arrhythmic drug to control the PVCs, but once again my body was unable to tolerate them, and I suffered with terrible side effects: dizziness, weakness, insomnia & weight loss. My cardiologist was at a loss as to why I was having so many PVCs, and after waiting another 3 months, there was no improvement. I saw my EP who ran some more tests and said that it was important that we rectified the problem as it was placing a significant burden on my heart.

I can’t tell you how gutted I was at the prospect of having to have a third procedure.

It wasn’t meant to be this way. It was supposed to be fixed the first time.

But I had no choice, as my quality of life was pretty shit at this point and I was desperate to move forward. 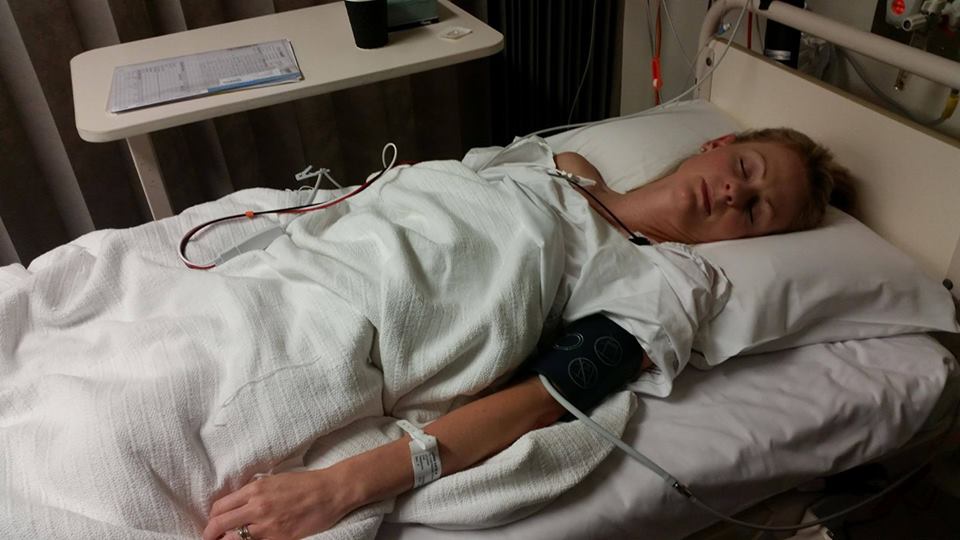 May 2018 at Monash Heart following my third ablation.

The third ablation went for 4 hours, which was a lot longer than expected. The pathways and cells that were responsible were both in tricky areas of the heart, one of which my surgeon had never seen before (of course!) called the moderator band; the other was on the left side of the heart, which involved crossing through the heart wall, something we had not discussed and authorised before the surgery as it wasn’t expected – and so wasn’t possible.

My EP did his best and improvised, crossing the heart using a vein that allowed him to access the pathway he needed as best as he could. During this same procedure, my EP was shocked to discover that my SVT was still active when my heart suddenly began racing. He once again attempted to carefully correct it, but I had finally run out of luck and my node was unfortunately bumped with the RF ablation pulse, and my P wave was lost. This meant that my natural pacemaker had been damaged and was not working.

I am incredibly blessed and grateful that they were able to bring it back, and it fully recovered within hours after the surgery and that it had just been ‘bruised’.

For weeks following my last procedure, my heart began entering a funky rhythm called Junctional AV rhythm, which made me feel pretty average, and was a little (a lot) unsettling. This was a side effect of the bruising that occurred to my sinus node during the surgery, and meant a couple more trips to hospital, and weekly doc check-ups, but luckily has now stopped.

Each surgery was traumatic for me. I’m not gonna lie, it wasn’t easy laying there awake, aware of what was happening to me. Laying there exposed, covered in electrodes and electrical mapping systems, with a defibrillator next to my head. A massive TV screen with pictures of the inside of my heart and rhythm stats, beeping loudly to the side of me.
Feeling the catheters move inside, and the intense burning pain each time the surgeon ablated.

The worst part though, was after being injected with a special medication called isoproterenol – a drug similar to adrenaline, feeling my heart being triggered into SVT. It would fly up to 230bpm instantly making my body bounce rapidly against the metal table – my heartbeat pumping loudly through the speakers.

Not to mention listening to the surgical team yelling to each other every time things got a bit hairy.

Then in recovery, hearing everyone else in the beds next to me being told that they were all fixed and could go home in 4 hours was just depressing. Of course, I was happy for them; but I was also very jealous of them. When the doc got to me, he would shake his head and say that I had a ‘very unique heart’, that the surgery was complex, and that I was his ’problem child’. I couldn’t help but think ‘why me?’. 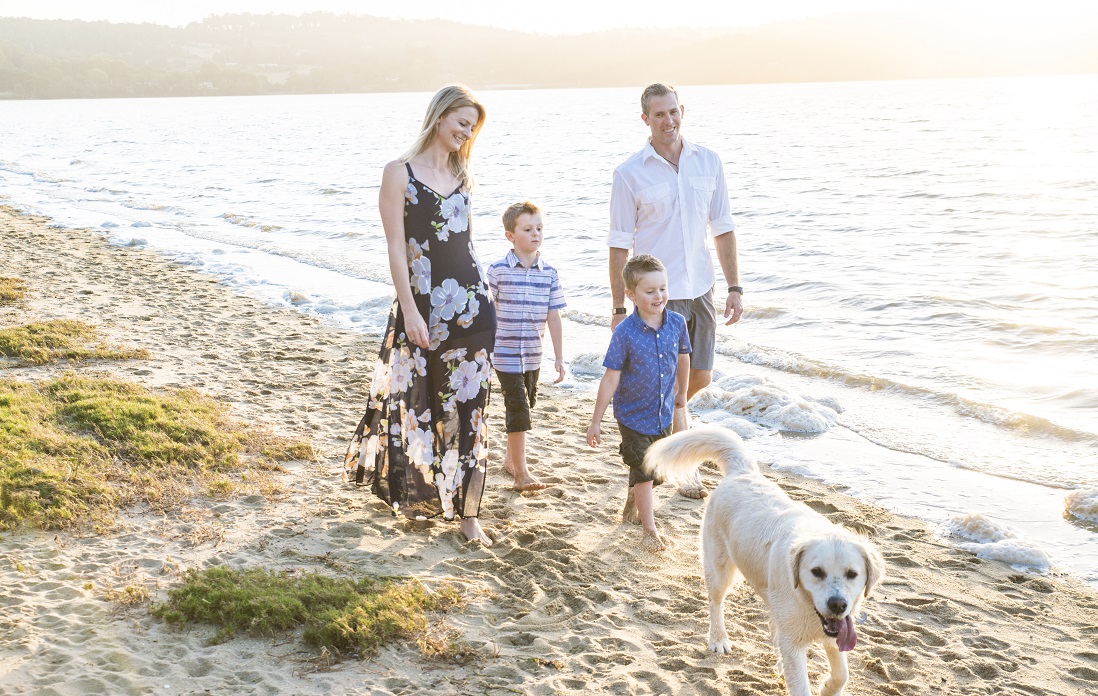 Now, my EP (and probably no other EP in Aus.) will attempt to fix my SVT again, it’s just too risky. The good news is that it has lessened in its intensity and duration, so it is less of a burden on my daily life. As for the PVCs, currently I have chosen to wait a few months and be monitored regularly to make sure that there is no damage being caused to my heart.

At this stage, my body, mind and soul need a break from surgeries. I have become so much stronger through all of this that I am now feeling more confident I can manage my condition on my own.

Most of all, I now have a set of tools that I can use to overcome my fear and anxiety around my heart. – Don’t get me wrong, I still get scared, and I don’t think this will ever change. I think a certain amount of fear is a natural and healthy response to something abnormal happening in the part of my body that is keeping me alive!

But the key point is that my fear is under control and doesn’t run my life anymore.

In the next two blogs, I will share the story of my mental, emotional, and spiritual suffering during this time, and most importantly how I assembled my own healing toolbox that allowed me to begin healing myself.

After searching and longing for something or someone else to come and fix me.

After desperately praying and hoping for the situation to miraculously change.

Don’t get me wrong, it wasn’t easy, and I definitely did not do it on my own!

But in order to allow the resources and people in my toolbox to work for me, I needed to first take responsibility for my own reactions and energy. 💙